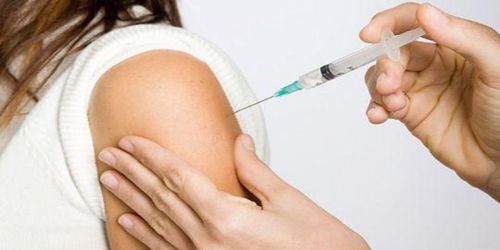 Tetanus generates a high cost of hospitalizations for the public health service, a situation that can be avoided by correctly administering the vaccine at relatively low cost. This situation is highlighted in an article recently published in Medical Archives magazine.

Accidental tetanus is a vaccine-preventable acute non-contagious infectious disease caused by the action of exotoxins produced by the bacterium Clostridium tetani, which cause a hyperexcitability of the central nervous system. Clostridium tetani is found in nature in the form of spore and infection occurs by introducing them into a continuum solution of the skin and mucous membranes.

The article points out that tetanus is a serious disease, with a significant hospitalization rate (97.0%) and death (33.1%). In Brazil, according to data from the Ministry of Health, there is a progressive drop in incidence after the introduction of the tetanus vaccine, but recently there is still a significant portion of the unvaccinated population or with the incomplete tetanus vaccine scheme. This failure generates a high cost of hospitalizations for the public health service, a situation that can be avoided with the correct administration of the relatively low cost vaccine.

The study proposes to create an initial approach protocol for suspected cases of accidental tetanus in adults for both the Emergency Service of the Santa Casa de Misericórdia Hospital, as well as for other services that need it, saving logistical changes.

The literature search was supported by the PubMed database using the term “tetanus”, including only studies involving humans, from any period, in English, as well as official Brazilian government websites and books. Logistic information involving request and removal of materials was based on guidelines from the Head of Nursing of the Central Emergency Room of the Santa Casa de Misericórdia Hospital of São Paulo. The rest of the flowchart information was based on the Department of Epidemiological Surveillance (DIVE) of the Santa Catarina State Secretariat of Health.

The research showed that there is a wide epidemiological aspect of the agent, which may lead to serious clinical consequences to the affected patient. Also, given the financial burden on health services, arising from a disease that is preventable by a relatively cheap vaccine, it is evident that hospital services that host patients who may be victims of accidental tetanus should recognize their epidemiology, pathophysiology, clinical and financial implications, and especially , how to properly manage the patient and then have a better impact on their outcome.